Simultaneously, I am ushered to a forbidden world
Unlike the one where man and I had met
Of the darkness of whiskey and spiced rum
Not even a drop could make me forget

Intoxicated, I hear deep voices like his
Which are hard to differentiate
In a man’s world it’s apparently okay
To apologize when it’s too late 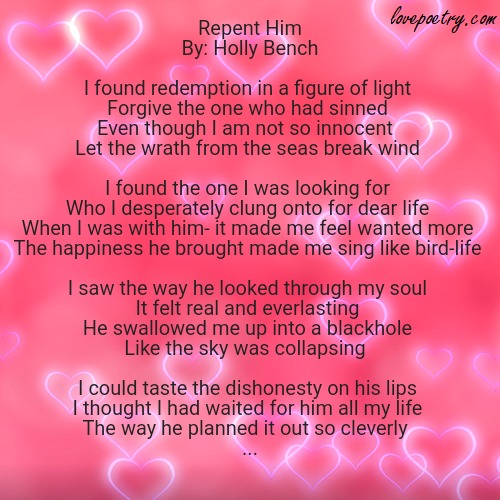